My March in Books 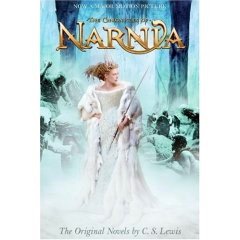 I haven’t done my March Book Review yet, mostly because I’ve been busy, but also because I didn’t read that much in March. Well, I did, but it doesn’t appear like I did.

I read the ENTIRE Chronicles of Narnia by C.S. Lewis, but they were all collected in ONE book, so I felt like I took forever reading just one book. In truth, I read the following:

1. The Magician’s Nephew
2. The Lion, The Witch and The Wardrobe
3. The Horse and His Boy
4. Prince Caspian
5. The Voyage of the Dawn Treader
6. The Silver Chair
7. The Last Battle

About 900 or so pages later, I had managed to read the complete series. I won’t review each book individually, simply because they really are a series and should be read as such. If you have not done so yet, now is the perfect time to do so, because they’re selling these Volumes with all seven books in one all over the place. Mine was a Christmas gift.

My review: I absolutely loved these stories. In a time of Harry Potter and other sophisticated “children’s” books that adults can’t get enough of, the Chronicles could have been too “simple” for readers of the present. At first, while reading the Magician’s Nephew, I sort of had that reaction. The reaction of “This is a kid’s book, and written in a very childlike and fairy tale voice”. But as I got more into the books, and forgot about more grown-up style we’re used to, I began to lose myself in the stories. In a way, they are fairy tales, but they are wonderful. The stories of human children wandering through and adventuring in this wonderful world of Narnia are fantastic, they are fun, they are creative, and extremely entertaining. There is also no doubt of the Christian undertones. I have read about the “debates” about whether or not these tales were in fact meant to be religious-like, and I don’t understand the debates, because there’s no question about it. All seven stories center around some moral lesson, and The Last Battle hides nothing in its relation to a higher being, and an afterlife. For those who are religious, this is a pleasant turn, and a wonderful way to introduce children into the “good versus evil” moral debate. For those who are not, the stories stand on their own as just wonderful tales of a wonderful (and sometimes not so wonderful) world.

The above took up most of my month, but I did also read:

See How they Run, by Bethany Campbell (in paperback)
This is the story of Laura Stoner, who works at a school for children with special needs. When Trace and Ricky, autistic twins, witness a murder, all three of them wind up in protective custody, under the watchful eyes of Montana. This being a romance novel, sparks fly, but so does the gunfire, the violence, the fear and the twisted world of the mafia, government corruption, and a run for their lives.

I picked this book up for 25 cents at a Salvation Army store. I really enjoyed it. It had just the right amount of mystery, romance, drama and intrigue.

In Audio, I “read” Book IV of the Dark Tower Series by Stephen King: The Wizard and The Glass. This audio book is 27 hours long, so it pretty much took me the entire month, and into the first week of April to finish it.

In The Wizard and The Glass, the adventures of Roland, Susanah, Eddie, Jake, and Oy, the billy bumbler continue. Only here they must stop for a while, because it is time for Roland to tell them his story. Most of the book takes place then, during Roland’s time as a teenager, dealing with his entry into his role as a gunslinger, and his first love. King does a wonderful job drawing the reader in to this world of young love and corruption, and the end of a time, the beginning of the “world moving on”.

Again, I am really glad I’m “reading” these books. Never having been a Stephen King fan (I don’t like horror books), this series is surprising me in delightful ways.

A note about the narrator, Frank Muller: In Audio books, a lot of time, for me at least, a narrator can really make or break a book. If the story is compelling enough, I can get over the narrator if I don’t exactly like them, but in a story that is not as strong, narrator’s have made me HATE a book. However, if a narrator is good, he or she can turn a mediocre story into a work of art. (Audio book “creators” should take that to heart). That said, Frank Muller is without a doubt the BEST narrator out of all the audio books I’ve “read” to date. The Wizard and The Glass has a large cast of characters, and not once did I have to wonder who was “speaking” at any one time. Mr. Muller had a different voice for each character and was not just reading their parts he was living them. This novel therefore was a play, a story, a film.