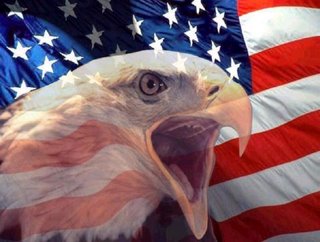 So, today marks 21 years that I’ve been living in the United States of America. I still remember the day we got here very clearly, or parts of it at least. I have vague memories of saying goodbye to friends and relatives in Portugal, and don’t remember the flight AT ALL, but I have a very vivid memory of the drive to Lowell from Logan Airport. I remember we were in my brother’s soon-to-be Godparent’s car, and I remember getting the strongest occurrence of deja-vu I’ve ever had. I remember saying to my mom (probably in Portuguese) “I’ve seen this before, and I know what’s coming up next”. Weird.

I don’t remember a whole lot more of that evening, but the next day was my 10th birthday, and I remember there was a cake, and lots of relatives I’d never met.

The memories get very blurry after that. I remember we lived at my brother’s Godparents house for a few months, until we found a place of our own. I remember playing with my cousins Sue and Ruben at my grandmother’s house. We used to re-enact “Three’s Company” episodes. I remember several months later, when my other cousins, Paula and Monica also came to the U.S., and how we all used to play “Kids Incorporated”. I remember being given the finger by one of my cousins, and her mother telling me that it was just the way she “pointed”. OH my God…do you girls remember that? It’s so weird the things your brain retains.

I made friends, I lost friends. I had crushes, I got my heart broken, I probably broke a few hearts myself. I did the all American things, played with Barbies, went trick-or-treating, crushed on New Kids on The Block and went to concerts, had pen pals from all over the world. I watched Growing Pains and Full House and it blows my mind that Michelle Tanner is now Mary Kate and Ashley Olson, all of what 19 years old??

My parents took a citizenship test while I was still young enough to become an American Citizen by proxy. I registered to vote, I voted. I always vote.

I graduated high school, went to college, fell in love some more, got my heart broken some more. Learned things, taught things. Made friends that will last a life time, made others I’ve since lost touch with. I worked at McDonald’s, I worked retail. I went dancing, I drank, I partied.

I discovered the internet, I made incredible friends once again, that I think will last a lifetime.

I traveled, learned the love of experiencing different lands, different cultures.
I graduated college, I got a job, then another job, and another…I bought cars, I bought clothes, I became a shopaholic. I saved money, I planned, I became a homeowner. I “adopted” a little sister. I adopted a cat, I had to give up the cat. I adopted another cat.

I made more friends, I lost some more.

A LOT has happened in 21 years, but the biggest of all is that I became the woman I am today. Truly an American, I am blessed, I have never taken for granted the advantages provided to me by my parent’s decision to relocate to an entirely different country (twice, by the way), to give me a better life. I’ve worked hard, but I’ve reaped the rewards. Am still reaping the rewards. I plan to continue to work hard, and I plan to continue to enjoy my spoils.

Anyone who is lucky enough to end up in this country, and can’t appreciate all it provides, is a fool. Yes, America has A LOT of problems, and yes, there are times when it doesn’t seem that great a nation. But oh the opportunities it provides, if only you know how to look hard enough. If only you MOVE and do something about it. That’s the beauty of it, here, you can complain, you can challenge, you can try to make a difference.

I for one can tell you that I will never leave this country, because it is my home. This is where my memories live, where my loved ones, and my friends reside. This is where I hope to grow old, start a family, make a difference, and leave my mark.

This is America, and I’ll be damned if I’m not living the American Dream.
Candidly by Karina

What great memories and a great tribute to America.

Where did you find it? Interesting read » » »

I have been looking for sites like this for a long time. Thank you! »