My February in Books 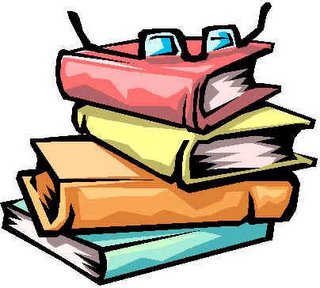 I started off the month in a futuristic Los Angeles, now known as Crimson City (by Liz Maverick). I struggled with Fleur DuMont a vampire, as she met and fell in love with Dain Reston a human, in their Romeo and Juliet style relationship. The struggles between the races, not black and white, but Vampire, Human and Werewolf, and the impending race war, set up an interesting mystery and just enough conflict to keep me on the edge of my seat.

I continued on the vampire streak, but moved on to a much more lighthearted read with Bitten & Smitten by Michelle Rowen. Here I met Sarah Dearly, a contemporary chick lit protagonist, who is set up on a blind date, but instead of meeting Mr. Right, she meets Mr. Man of the Night. Suddenly thrust into this world she never even knew existed, Sarah is forced to reconcile her ideas about Vampires, which she’s gathered from watching Buffy and Angel, with the reality in front of her. There is of course a little romance, and some mystery and good guys v. bad guys thrown in for good measure. This book was funny and entertaining.

From vampires to humans with magical powers I went. In “A fistful of sky” by Nina Kiriki Hoffman, Gypsum is a member of a family which comes into their magical powers around the time they hit puberty. Unlike the rest of the clan, Gypsum doesn’t go through her “transition” as expected, and is then forced to accept her life as a non-magical member of society. Just as she’s beginning to make peace with her fate, something happens, and everything changes. But is getting the one thing she always wanted more than Gypsum bargained for? I found this story extremely creative, unique, and sweet. Without the magical element, this could be any “coming of age” tale of a young woman trying to find her place in the world. Throw the magic back in, and it was a fantasy filled whirlwind of spells, strange creatures and beautiful imagery.

Although I spent the better part of the month with fantasy creatures, most of them still lived in our very familiar world. I took a trip into distant fantasy lands however, with my next read. I started the “Chronicles of Narnia”, reading first the “Magician’s Nephew” which is the tale that introduces Narnia and explains how it came into existence, and then “The Lion, The Witch and the Wardrobe”. I had never before read these books, and am finding them very entertaining, if a bit simple, and childish. I have to keep reminding myself that they were written for children of the 1950’s, unlike the Harry Potter fans of today, which as we know, kids are very different today. Still, I am enjoying the series so far. I am now halfway through the next tale “The Horse and His Boy” and expect to be done with the complete series very much in advance of next month’s review.

Throughout all this reading in “real” book form, I have also been listening to “Wicked: The Life an Times of the Wicked Witch of the West” by Gregory Maguire on audio book. This audio book is about 19 hours long, so it’s taking me a while to get through it. I’ve also had that ear ringing/head buzzing thing going on, so haven’t been able to listen as much as I’d like. I should finish the book by next week, so I’ll save the actual review for March, but I am thoroughly enjoying it.

All in all, I’d say it was a very enjoyable reading month for me. I had not realized that all I read this month was fantasy, but it’s fitting, considering I needed an escape from my reality in which my head was zooming half the time.
Candidly by Karina

Those sound very interesting, especially the audio tape. I'll have to check some of those out, thanks.

I miss reading. I use to read book after book, but now I can't tell you the last book I finished reading.

Yesterday was fun with Miss Wendy! I'll have to come back and visit again.

I have been looking for sites like this for a long time. Thank you! » » »

I have been looking for sites like this for a long time. Thank you! »