And then he kissed me!

SHAMELESS! That’s what I am for such a teaser title with absolutely no basis in reality.

Okay, let me back up a bit. Friday night was quite possibly one of the best nights of my life so far. That’s saying a lot, I’ve had some great nights in my life. But on Friday night I attended a New Kids on the Block concert with three of my girl friends, and we had the most amazing time. I’ll spare you the details of a concert review, but I have done a full review for your reading pleasure at Cafe Karina, so feel free to pop on over if you want to know more. Also…there are pictures and video (that's here).

However, besides the fact that the concert was fantastic, my girls and I had a great “girls night out”. 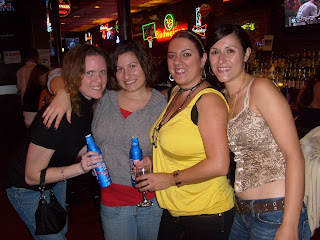 We started partying early on, getting ready together at my house, and kept it going until the WEE hours of the morning. Spirits were high, the energy was through the roof, and we were on cloud nine.

I had gotten all dolled up for the occasion, even wearing my contacts, which I only do about once or twice a year now, and was feeling good. Wearing my “hoochie” gold boots and skinny jeans, I figured I had the “groupie” look down pat. It was the first time in a VERY long time that I actually felt pretty good about how I looked.

The underlying plan, of course, was to somehow sneak backstage and make newly divorced Donnie Wahlberg fall madly deeply in love with me. The back-up plan was to have a kick-arse time and just enjoy the fact that I didn’t feel fat and old for a change.

Thank goodness for the back-up plan, because the Donnie plan? Yeah, that didn’t exactly go as expected. Sigh… 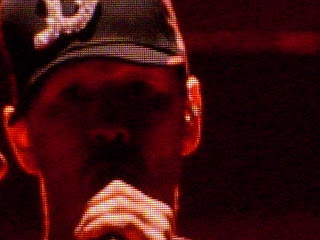 But you want to know about the kiss, don’t you? OH, you’re so going to hate me. It’s so not that exciting.

When we arrived at the concert arena we pretty much made a beeline for the bar, we needed to get our drinks before we took our seats, because we knew once the boys were onstage we would NOT be getting up again. Standing in line for our beer I look up at the bartender and HOLY CRAP if it isn’t a guy I haven’t seen in 10 years. A guy who was once a bouncer at a club I frequented regularly in my 20’s with BFF. A guy who I flirted with shamelessly all that time, even though at the time I was very much in love (and very faithful to) The Soulmate (who also happened to be a bouncer at the same bar). This guy, we’ll call him “Missed Opportunity (MO)”, used to always tell me I needed to lose “Soul” and get with him. We joked, because he was friends with Soul, and we never would have acted on it, but there was incredible chemistry between us always. Once Soul and I went our separate ways, I stopped frequenting that bar, so as not to run into Soul, and never saw MO again. Until Friday night. When I reached the front of the line, MO reached across the counter and gave me a huge hug and kiss on the cheek. Genuinely happy to see each other we chatted for a few seconds, before he invited us to another club after the show, where he also bartends. He gave us the “super secret password” to get on the VIP list, and said “I’ll see you later”.

Now, as I was well aware that Plan A of meeting Donnie wasn’t exactly full proof, I was excited at the prospect of a Plan B.

I’ll spare you the gory details, but let’s just say that after walking for about an hour, the girls and I were unable to find said club, and gave up and went to another bar instead. Yours truly is still pretty damn disappointed that I missed a chance to reconnect with MO. I’m a firm believer in the “Everything happens for a reason” phenomenon, so I believe that if I was meant to have re-connected with him further, we would have found the damn place. Yet, I’m still kicking myself. DAMN!

Still, it was nice to see him, and much much needed boost to my ego that he seemed as happy to see me, and even invited us out to come see him later. And it might have just been on the cheek, but he did kiss me. I didn’t completely lie to you, did I?
Candidly by Karina

Email ThisBlogThis!Share to TwitterShare to FacebookShare to Pinterest
Labels: All the Boys I've loved, nkotb

I didn't realize Donnie recently got divorced. Does he still live in the greater Boston area? Because the tour's gotta end sometime....

Wow, you look great - and I love the yellow! As for the club, don't ya'll have cell phones, just plug the name into Google and there you go!