Last time we chatted about music, dear readers, I introduced you to Bruno Mars’ soulful voice and upbeat r&B style.

This week, we’re going to go a different direction.  A bit of a darker direction perhaps…definitely a little bit heavier.
My music tastes run the gamut, as we’ve discussed, so it should come as no surprise that I would slip from love songs to a little bit of harder edged rock.
This week, I want to talk to you about 30 Seconds to Mars.  The three man band is made up of drummer Shannon Leto, guitarist Tomo Milicevic and lead singer and guitarist Jared Leto.
Before we get to the music let’s just take a second to go back in time…remember that coming of age, angst ridden, teen show “My So Called Life” withClaire Danes?
Remember Jordan Catalano with the soulful eyes and so few words? 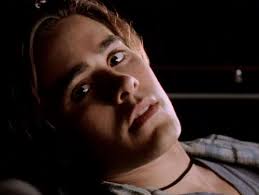 Ah yes, THAT Jared Leto.
He grew up to be a rock star in his own right, and he still has those soulful eyes, but now, the man has words…many many words, and he sings them with a voice that reaches right to the depths of my own soul.
I’m not entirely sure how it is that I discovered 30 Seconds to Mars, but I believe it was with this video about a year or so ago:
The thing to note about this band is that all of their videos are works of art, mini-films if you will.  And I was so intrigued by the whole thing, I simply had to know more.  Also, there was that moment of “double take” where I went, “Wait, is that Jared Leto??” Then I knew I had to know more.
Since then, I’ve become an avid fan, and I can't think of a song of theirs I don't like.
Among them, some of my favorites; Closer to the Edge:
Beautiful Lie:


and the highly controversial video for Hurricane (which I won’t post here only because I don’t want to offend, but if you’re brave, you should totally check it out).
There’s just something about the tortured sound of Jared’s voice, the power in the lyrics, and the strength of the music itself that makes this band one of those that I can’t seem to get enough of lately.

It also doesn’t hurt that theirs is great running music.  I’ve used them as the soundtrack to many of my runs lately.
I realize this type of music isn’t for everyone, but if you like a little bit harder core rock music, with a soul…you’ll love these guys.
Plus, Jared Leto’s eyes? 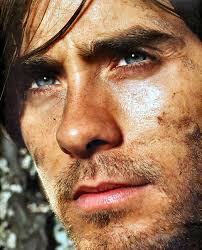