Thoughts on the New Year so far... 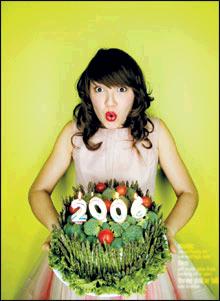 As a general rule, we make New Year’s Resolutions on New Year’s Eve or thereabouts, and begin trying to stick with them on the first Monday of the year (let’s not kid ourselves, nobody EVER follows them on the First of the year, that’s a day for sleeping late, lounging around, and eating left-overs). We usually also break these resolutions by about the 15th of the year, but I digress.

We usually seem to take the New Year as a “fresh start”. I don’t know why we do this, after all, it is just another day, and why do we have to wait until January to start fresh anyway? Why not start fresh in March, or August, or October? Regardless, it is what it is. The new calendar year also means new beginnings for lists, record keeping, and of course, exercise routines and diets.

This year, however, the first Monday of the year, also happened to be New Year’s Day “Observed”, which meant that most of us did not have to work, and therefore, continued with our sleeping late, lounging around, eating left-overs routine. At least that’s what I did, thrown in with some cleaning, some putting away of Christmas decorations, and a lot of Extreme Make-over Home Edition watching (hey, they had a marathon going).

So, maybe this is why last week didn’t really feel like a new beginning. I for one hadn’t worked a full week since Thanksgiving, so having another four day week thrown into the mix, just made it seem like I was still in that Holiday mode. I did begin exercising, and I also semi-started my diet, but that was more because I just couldn’t excuse any more binge eating, and neither could my pants. But still, my mindset was still very much in “relax” mode, and I just couldn’t get amped up with the “New Year” gusto. Or maybe it’s just that as I get older, I’ve begun to realize how silly this “New Year” thing truly is.

Either way, I seem to have started off this week with a bit more of that gusto. Over the weekend I started my 2006 Book Journal, as one of my decisions for the year is to try to keep better track of the books I read, since I always end the year wondering exactly how much I read that year. I’m an avid reader, and really enjoy discussing books, thinking about what I’ve read and how I felt about it, and think it would be great to look back on the year and reflect on where I “literally” ventured to that year.

I’ve also found myself looking into the things I always say I’m going to do, and never follow through on. As my main New Year’s Resolution for this year was to ENJOY LIFE as much as I can, I really want to force myself to get out of the house more often and get more involved in the world around me.

I want to write that novel. I want to join a gym. I want to find a book club. I want to have more cocktail parties at my house. In a nutshell, I want to be more social and just DO stuff.

As I sit here at work today, besides re-organizing my desk and cleaning off countertops that haven’t seen the light of day in months, I’m itching to GET OUT. Not necessarily just to get out of the office, although that is pretty much a daily daydream, but to get out and DO SOMETHING after work besides the usual going home, cooking dinner for myself, and watching some lame show or other on television.

Now, before you get all “Awww, poor thing, she’s so lonely and bored” on me, I’m not complaining about my life. I like my life. I even like that I can go home and cook dinner for myself and sit and watch some lame show on television. It’s nice. It’s relaxing. And even after almost 3 years of living there, I still get such a sense of satisfaction walking into my own place and knowing that it’s mine, ALL MINE. And the bank’s, but I digress.

It’s just that as much as I enjoy the life I have, I’m afraid that I’m becoming very complacent in it. It is much too easy to go home after work every night, curl up on the couch with the cat and a glass of wine, and be comfortable. I could probably do this for years and not really feel any worse for it. But then I have moments when I realize that I’m sort of sitting back and letting life happen around me, while I watch it unfold, and I’m not participating nearly as much as I should. It’s all nice and comfy when I’m in the comfort of my own home, but what happens when I’m still doing exactly the same thing in five years? In ten? Will I be as content then, or will I be miserable that I let it slip by without grabbing on and enjoying the ride?

I’m afraid the latter would be true. I see signs of it even now, as comfortable and content as I am most days. Slowly, but oh so surely, all my friends are getting married and starting families. I myself am truly in no hurry whatsoever to do either. I could see myself as a mother, not so much as a wife (I know I have it backwards), but still, that would mean giving up that independence that I’ve been so thoroughly enjoying, and I don’t know that I’m quite there yet. And still, with every friend that weds, or has a child, I feel the tug. The tug to not be left behind. The other night I received an invitation to be a bridesmaid in one of my very best friends’ weddings. I of course accepted, and am delighted that I’ll be part of the event. I love her dearly, and am over the moon that this is happening for her. I have no jealousy, again, I’m not entirely sure I want to be married at all, never mind soon. This will, however, be the 6th wedding I will participate in as a bridesmaid, the seventh time I have been asked. The seventh wedding, which I was forced financially to bow out of, has been indefinitely postponed anyway, for the same reasons I stepped down. So, this brings the old adage to mind: am I truly destined to be “Always a bridesmaid, never a bride”? And does that bother me? Or is it just the stigma attached to it that actually does bother me? I wonder, for I’m not one to care all that much what the outside world thinks of me, but sometimes, well, we’re none of us perfect, now are we?

Besides the “world moving on without me” thing, is the “why the hell aren’t I participating” thing. And that one nags at me so much more. Why do I let weeks go by with nothing more exciting than a trip to the grocery store lined up? It’s not as if I don’t have any friends to do things with, and I certainly have plenty of ideas. There is a long list of those that I constantly bounce around in my head, and I know if I decide to do them, I can always find someone to do it with. Or hell, some of them are things I want to do on my own. So, what exactly am I waiting for? Next year? So I can start fresh in January?

Well, January is here, and I’m not going to just sit back and watch anymore. See, this is the gusto speaking. I’m getting of my quickly becoming fat ass, and I’m doing something. Anything.

So, who wants to go skinny dipping? I’m KIDDING.
Candidly by Karina