This year, I attended A LOT of concerts. I love live music, and try to attend a few concerts each year, but this year, I outdid myself. It was a very good year for live music!

1.I started off the year, almost immediately, by winning a pair of concert tickets on Twitter (from Livenation) to see SafetySuit and Parachute. I had just discovered Safetysuit when Livenation Tweeted the ticket giveaway, so imagine my delight when I won the tickets. I wasn’t at all familiar with parachute, though I later realized I actually knew a few of their songs. The concert, in a small club venue, was fantastic! Both groups were great, but Safetysuit really blew me away, and I became a fan.

2. Very shortly after winning the above tickets, I also won tickets to see Timbaland at the House Of Blues in Boston (another Twitter contest, I started off the year on a lucky streak). Unfortunately, I can’t really tell you these tickets were worth the price of admission (yes, they were free)…the concert was horrible. Quite easily the worst concert I’ve ever been to, and that’s saying a lot. The opening act, Honor Society, however, were pretty good.

My review of both the above concerts is here.

3. After that concert left such a bad taste in my mouth, I knew I’d have to somehow find a way to revive my love for live music. Unfortunately, I had a while to wait, but in June, I flew to Pittsburgh to meet up with a friend and spend a few days with her, and to attend the Lifehouse/Daughtry concert. 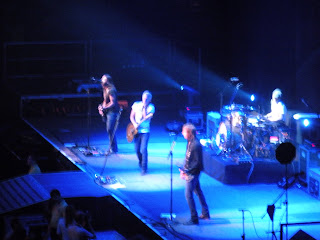 Opening up for the two bands was another band I’d never heard of before: “Cavo”…I fell in love immediately, and have since become a big fan. Lifehouse, of course, stole the show as far as I’m concerned, but my love for them knows no bounds. Daughtry were good, but I felt that the acoustics in the building or something was off…I could barely hear Chris Daughtry’s voice over the guitars and drums. I was a bit disappointed. Still, overall, the concert was totally worth the trip (as was my time with my friend, of course). 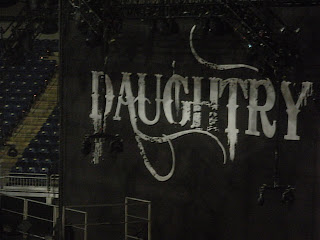 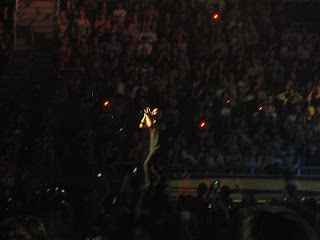 4. When the summer began, so did my rash of concert going. I found myself taking FULL advantage of LiveNation’s $10 summer and snatched up a few concert tickets for that crazy low price. In the same week in August, I attended three concerts. The first of these was Rihanna's "Last Girl On Earth" tour with Ke$ha. All I can say about this particular concert is that I'm glad I only paid $10 for the tickets, and that we arrived just in time to miss most of Ke$ha's set. I think that girl is a train wreck, and had no desire to see her perform...the little bit we did see just re-affirmed my decision.

Rihanna, on the other hand, put on a great show....when she finally decided to grace us with her presence, that is. The fact that we had to wait over an hour and a half between Ke$ha's set and when Rihanna finally took the stage was simply unacceptable to me...Still, the show itself was entertaining...

5. A few nights before Rihanna's show, however, I attended what would become one of my two favorite concerts of the year...John Mayer. I did a full review of that concert here, so I won't repeat myself, except to say that I LOVED IT!

6. And a few nights later, I attended another fantastic concert. Maroon 5: 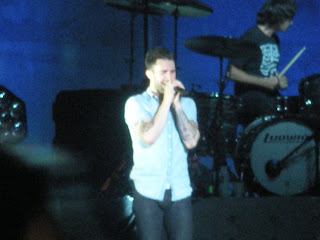 (another $10 show, which, let me tell you, I would have paid full price for this show). The show was fantastic, full energy, and one of those concerts that make you realize what makes live music so great! Plus...Adam Levine: 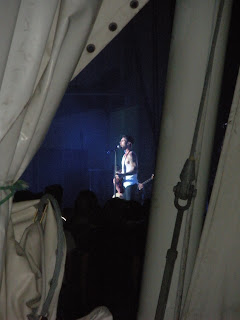 Sigh...
7. And finally, in October, I attended what was to be (and I knew would be) my favorite concert of the year...Kris Allen and Lifehouse. I'd gotten a small taste of lifehouse earlier in the year at the Daughtry concert, but it only served to ignite my desire to see them headlining...so when they announced a headlining tour, I knew I would most definitely be going to see them. The first time I saw lifehouse live was back in 2006. I hardly knew who they were then, but fell immediately in love. I said then, and I say again now, that they are without question, the BEST live band out there. (Here's my review of the concert in 2006). The concert in October did not disappoint. Firstly, I must give Kris Allen props. The American Idol winner was also a great live performer...he was funny, and charismatic, and extremely talented. And when lifehouse took the stage, I was lost in their world for 90 minutes of pure talent (along with some of their own humor and charm). And also, Jason Wade? 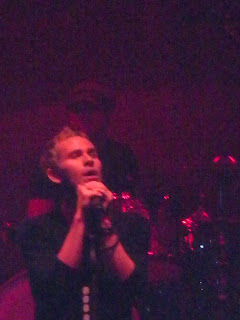 Sigh...
So, as you can see, it was a good year in live music, with only one major, and one minor disappointment.
I'm not sure how I can top this year in concerts...but if I can finagle some tickets to the New Kids/BackStreet Boys concert in 2011, that might be a start...;-)
Candidly by Karina